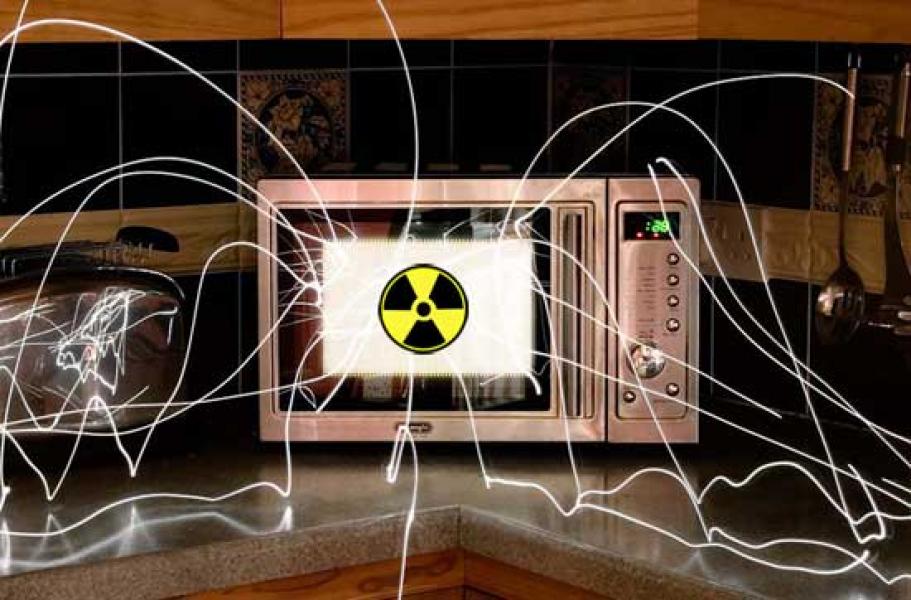 It seems like every other week we are bombarded with headlines reading that something new is giving us cancer or some other horrible disease. And the microwave is another product packing some serious heat within these headlines. So just how safe are our microwaves and are they attributing to our risk of the big “C” word?

You may have heard that standing too close to a microwave can bombard your body with radiation that can cause cancer.

But guess what? There is no evidence that proves microwaves can even transmit enough radiation to hurt you. And although microwaves do emit radiation waves they are not the DNA damaging waves, they are the same type of radiation waves of radios and mobile phone towers. These types of waves are from “non-ionizing” forms of radiation. Scientists have studied non-ionizing radiation in great depth and are still unable to provide a definite link between the waves and cancer.

The amount of radiation that is emitted from your microwave is so small that even if it did cause cancer it just wouldn’t be enough to harm you.

As long as your microwave is in proper working order you will be fine.

What about the food?

There is some scientific evidence that suggests that microwaving can change the chemical makeup of our foods which can potential increase our risk of cancerous cell growth within our bodies. This is because our bodies are not equipped to handle that changed makeup of the food. However it should be noted that evidence of this is not easily come by in reputable scientific studies.  Some studies even suggest that by exposing our food to the microwaves will kill bacteria which actually makes our food safer to ea

Whenever we cook foods we are bound to lose some nutrients and the amount varies depending on how we cook it and for how long. Studies have shown that microwaving vegetables over boiling or pressure cooking them actually preserves more nutrients, allowing you to have a better meal.

What about the packaging?

A concern many consumers have is about the actually packaging of the food and how it may migrate into foods in the microwave. While this is actually a legitimate concern as it has actually been associated with cancer, we really needn’t worry too much. Companies are aware of this happening with their foods and are now making microwave safe packaging making it very unlikely to happen here on Australia. You should also be wary of the plates and bowls you are placing in the microwave as they also have the potential to leak into our foods. Basically if your package or plate does not have a microwave safe symbol printed on it then don’t put it in the microwave.

When it comes down to it microwaves are a very safe, convenient and effective way of heating up your food and drinks, and there is no need to start throwing them out or selling them on Facebook.

So basically said, NO, your microwave is not giving you cancer!