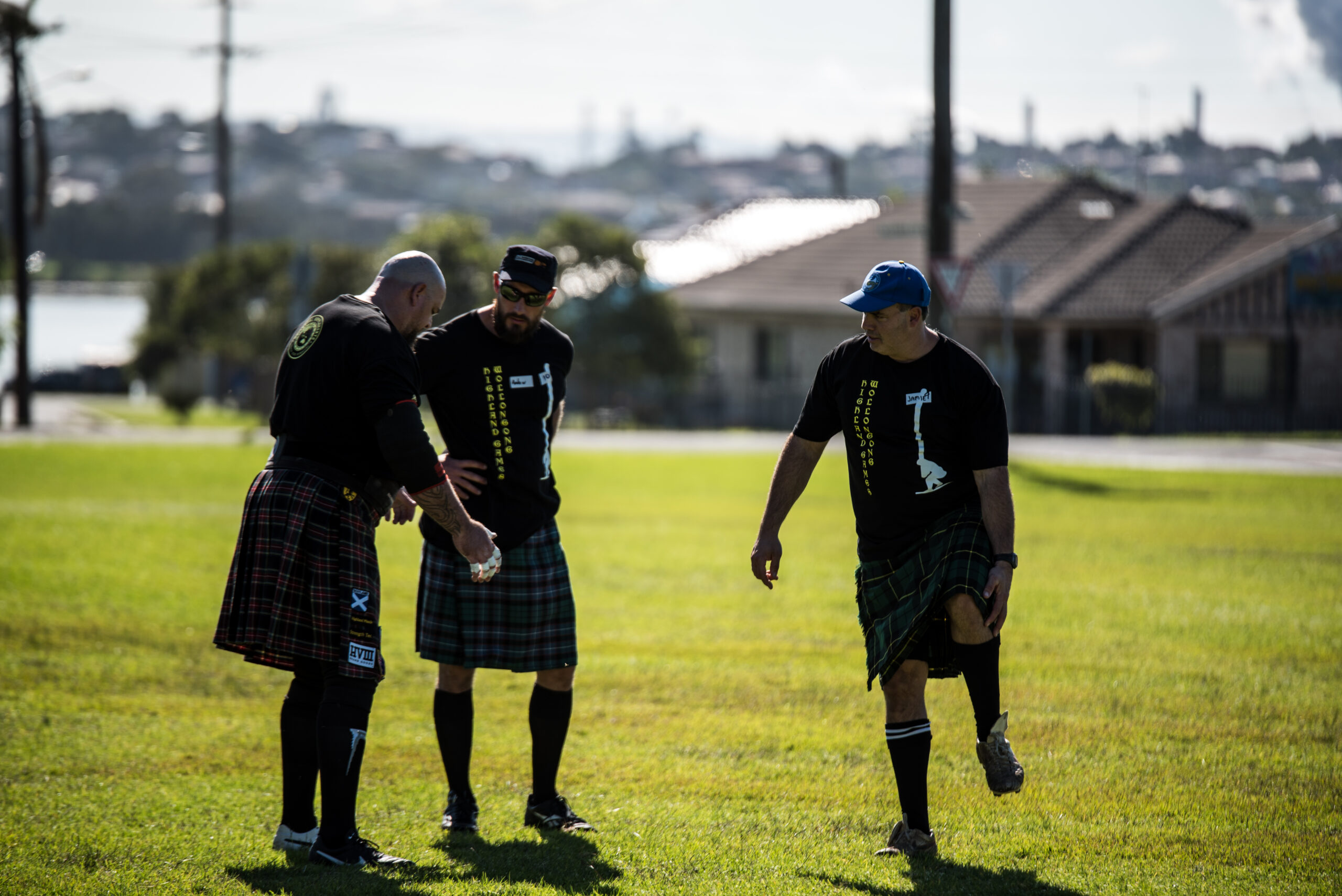 Last Sunday I went along to my first ever Highland Games event at Ray Crump Oval in Primbee.

I had no idea what to expect, but turned up with an open mind.  It was a glorious day – sunny with beautiful blue skies, but not too hot.

When the athletes began arriving the atmosphere was amazing – kilts and tartan everywhere.  It looked great.

Everyone was so friendly and the more experienced people were very welcoming and encouraging to the newbies, which is great to see.  I tended to stay with the girls’ group – most of them were first-timers and that made it really fun.

The first event I watched was Weight for Height.  The setup looked like some kind of high jump event – with a horizontal bar set up on 2 vertical posts.  The competitors stand in the centre beneath the bar and have to throw a weight over their head and backward, up and over the bar. There is quite a knack to this, but the guys from Highland Muscle were there to demonstrate the technique and to keep an eye on the safety of competitors and onlookers.

Finally, there were two competitors left, and the eventual winner was a newbie (TJ Viney) who went on to set a new Australian record for height.  It just goes to show you don’t have to have huge muscles, or be experienced to do well.

Next, I watched the Scottish Hammer, which is a weight on the end of a flexible rod which competitors twirl around over their heads, then throw as far as they can. Markers are placed in the ground where the weight first lands and competitors get three throw attempts, to try to beat their own (and everyone else’s) distance.

From there came the Weight for Distance – a weighted ball on a chain, which competitors throw by spinning around and letting go at just the right time, in order to get the furthest distance they can. And then the Stone Put – similar to what we otherwise know as shotput but with large round smooth stones (rocks, I’d call them) of a certain weight.

Finally came the event we were all waiting for – the Caber. Everyone was excited and nervous to have a go at this event. The competitors have to pick up what looks like half a telegraph pole and walk/run with it then toss it so that if flips and (hopefully) lands straight and preferably in the 12.00 position.

The day was highlighted by the arrival of the Illawarra Pipe Band who really added to the feel of the day. The performed for half an hour and were amazing.

All in all, it was a fantastic way to spend a sunny Sunday. The athletes had so much fun competing and encouraging each other. The sportsmanship was phenomenal. For anyone who is thinking they might like to try this, I’d say do it! There is always someone on hand to advise and help, and you never know – you might go home with a shiny trophy and a prize.  Grab a kilt and give it a go! 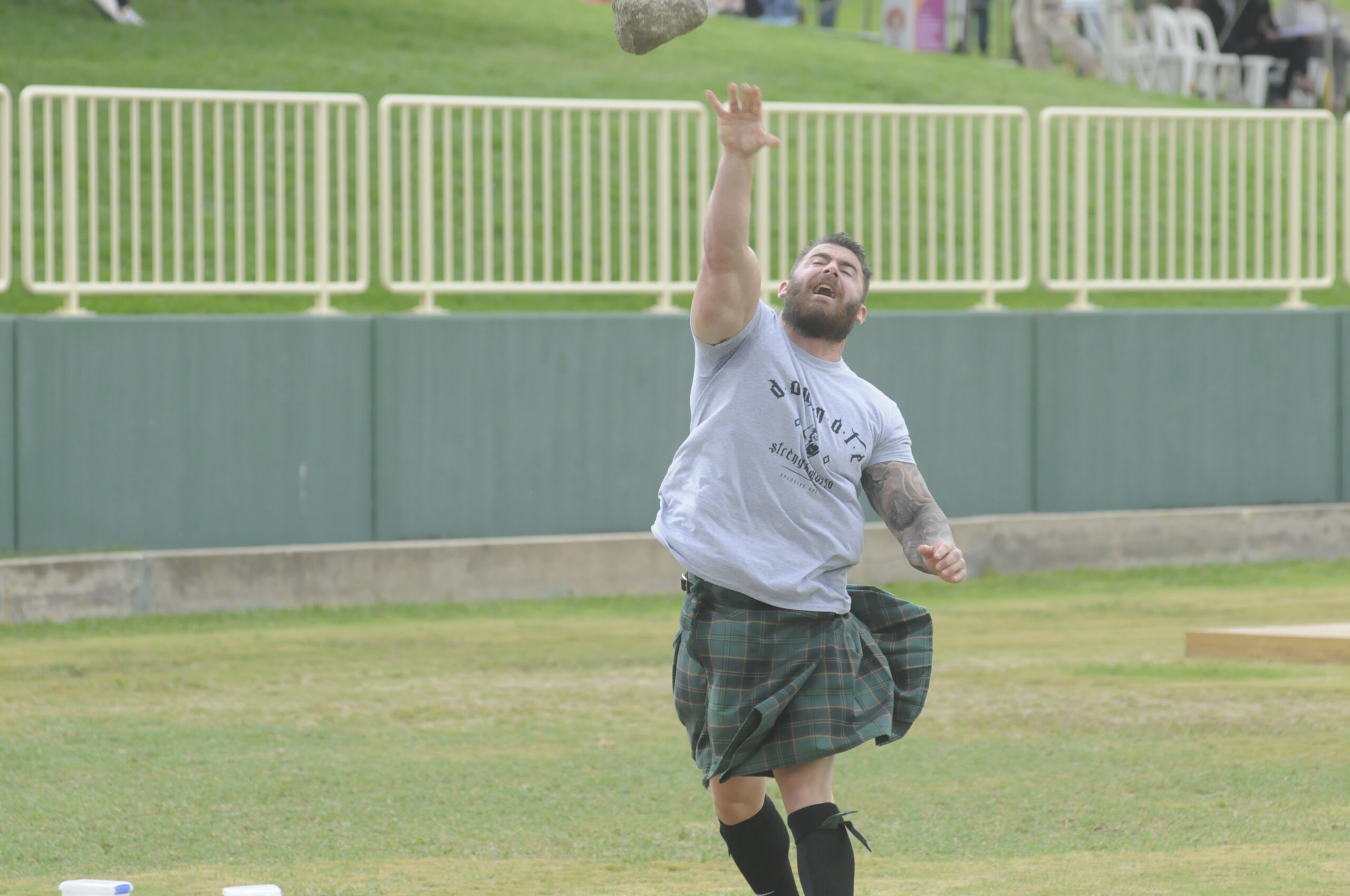 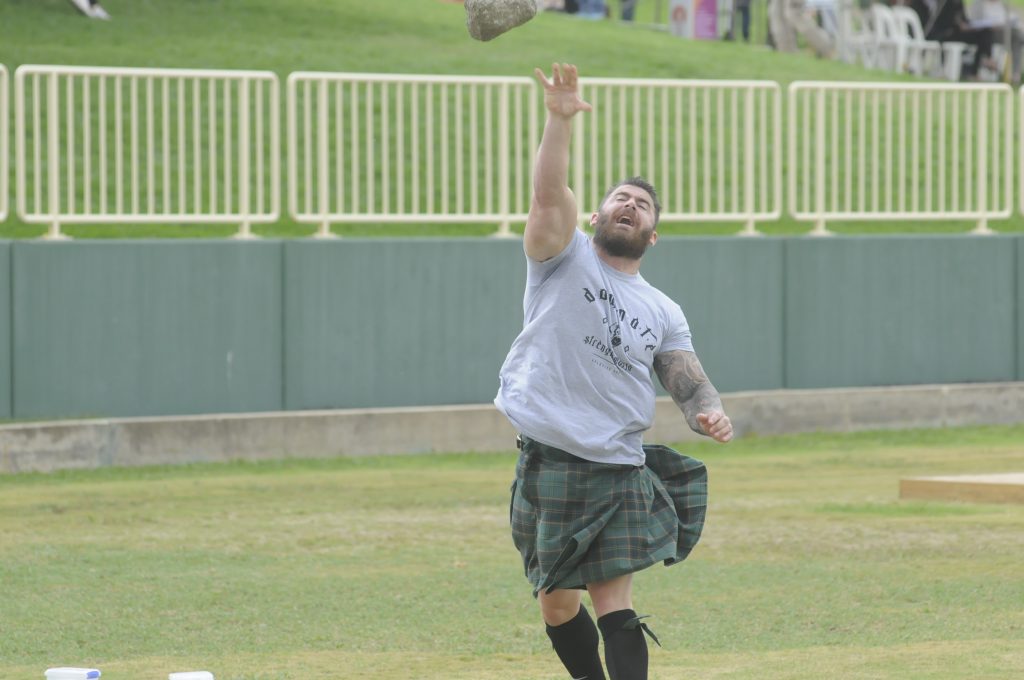 The guys from Highland Muscle put on an outstanding Highland Games exhibition over the weekend for the Scots School in Bathurst’s Highland Gathering. As always it was a great day where amateur athletes do their best. It was great to see the guys and gals toss and throw and carry heavy things. 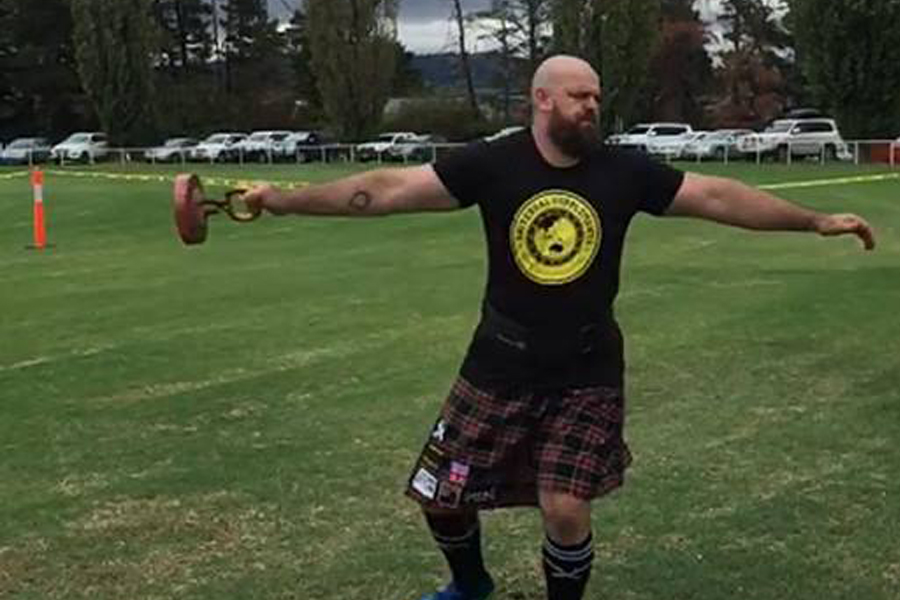 AP was the quiet achiever with a great score in every event! Clive won 4 of the 6 events but his decision to leave the WOB too long was overoptimistic! Haggis got sunburnt! Stu is a force to be reckoned with in the future, a great effort in all events and a fantastic result for a novice! Took me 10 years to turn the caber ya bastard! Liam produced some great throws but his favourite event was cancelled! Gareth weighs half what you others weigh but still put in a great score. Kurt, very much the gentleman, friend and coach to others. Thats the spirit of the games, and a great win! Well done Kurt! Stephen, consistent in every event, but needs to put his weight up. Audrey won the ladies in style but the other 2 competitors were up there. Renee a novice showed great style and good throws and Michallie (hope I spelt it right) threw consistently but hates the weight over bar. So do I! 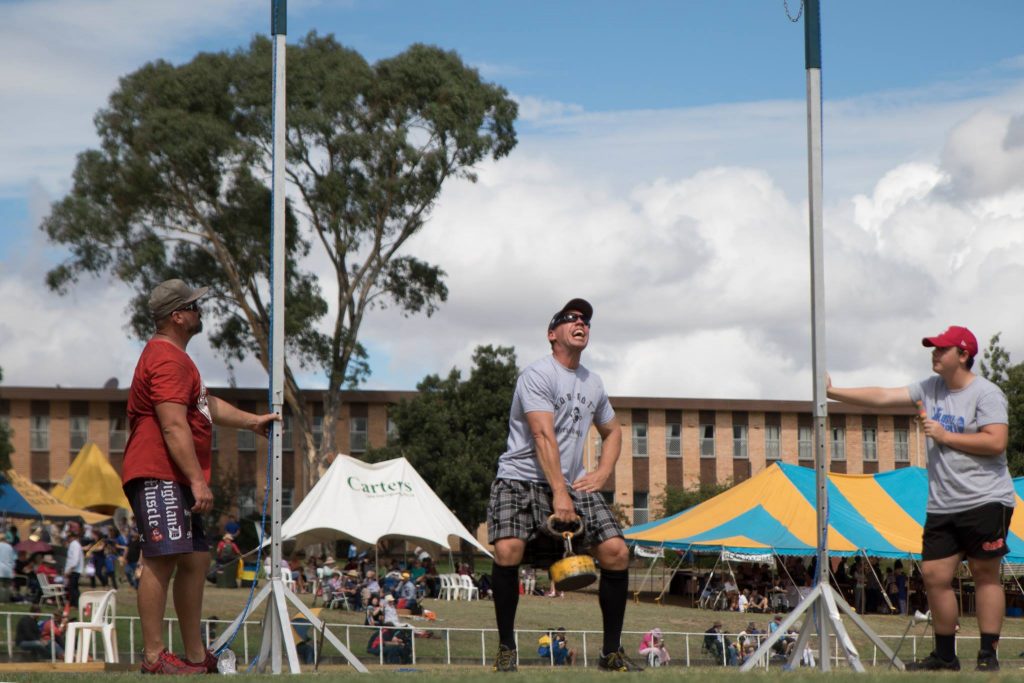 The school people were really happy, great spectacle and well behaved, no management required, so I am sure we (Higthlande Muscle) will be back next year! Well done all! Congratulations to Kurt and to Audrey, but thanks to all that participated and made it happen! 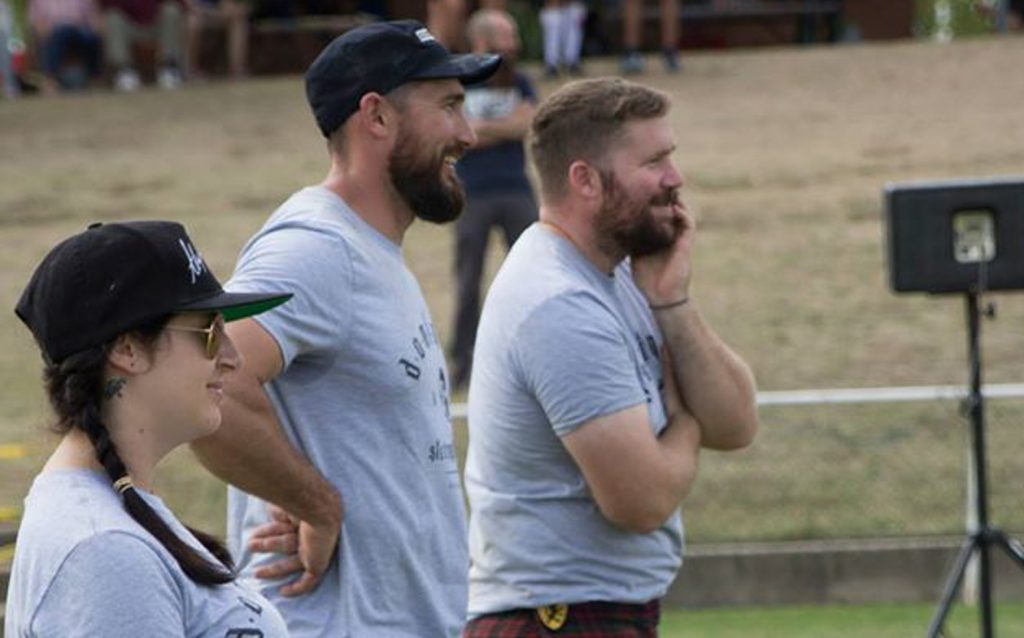