NAD Plus by Transcend Supplements is the result of hundreds of hours of research into the mechanisms behind the coenzyme NAD+. This supplement that has been shown to to reduce the effects of ageing and slow down cognitive decline.

What is NAD+? – Nicotinamide Adenine Dinucleotide is a coenzyme found in all living cells. It is involved in a number of important biological processes, including metabolism, gene expression and DNA repair. As a “helper” molecule, it helps turn nutrients into energy in metabolism and helps proteins in the regulation of other biological processes. Humans need NAD+ to live, as other proteins rely on them to function. As we age, NAD+ declines and we experience a loss of cognitive function and youthful energy.

This product is the result of hundreds of hours of research into the mechanisms behind NAD+ and whether the compound can be somehow replaced or replenished to bring back the energy and vitality of youth. Fortunately, scientists have found that NAD+ can be provided externally as a supplement to reduce the effects of ageing and slow down cognitive decline.

Precursors including Tryptophan, nicotinic acid (NA) and nicotinamide mononucleotide (NMN), synthesize into the compound depending on their availability in the body. Scientists have recently determined that participants in a clinical trial who received supplements containing NR, NMN or other precursors to NAD+ experienced an increase in the concentration of NAD+ that resulted in lower systolic blood pressure and aortic stiffness, two measures of cardiovascular disease. In addition, increased levels have been shown to delay certain age-related disorders, including hearing loss and muscle atrophy.

Increases in NAD+ in the body has been associated with increased energy and improved metabolism. Scientists are still researching the compound and its many variants, including nicotinamide riboside (NR), a form of B3/Niacin that also appears to boost cognition and improve muscle function in mice. While researchers continue to investigate NAD+ and its precursors and variants, the use of Beta-Nicotinamide Adenine Dinucleotide has proven results in human trials and remains one of the most effective supplements to use for boosting levels.

This is a 100% Beta-Nicotinamide Adenine Dinucleotide supplement that provides 125mg of NAD+ per serving to boost your levels and help you fight the effects of aging. Capsules are packaged in Australia from local and imported products. 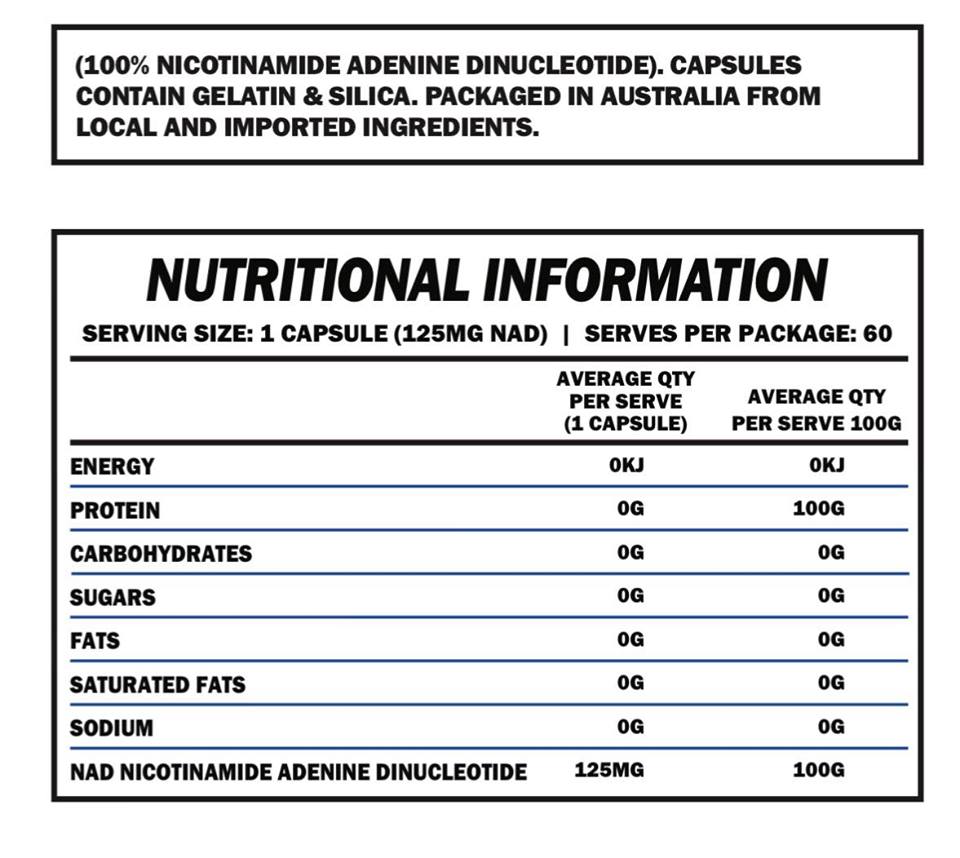 Be the first to review “NAD+ – Transcend Supplements” Cancel reply 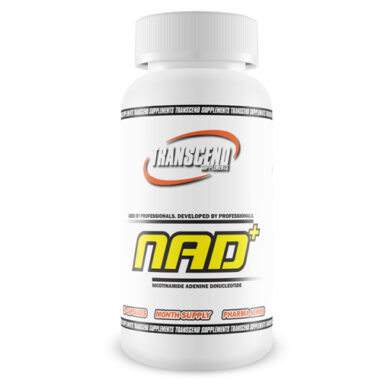