Magic Mushies by Magic Nutrition is designed to Elevate your mood and feeling of wellbeing.

It belongs to a class of supplements known as Nootropics. The term nootropic is derived from two Greek words: “nous,” which means mind, and ”tropein,” which means to bend or turn.

Although the term nootropic originally referred to synthetic substances that were purported to enhance mental abilities, the term is now being used more broadly to refer to anything that supports cognitive function – including nutrients and botanicals in dietary supplements like Magic Mushies.

The term “nootropic” has become a hip term, it’s not new. In fact, it was coined by a Romanian chemist and psychologist, Dr. Corneliu Giurgea, several decades ago – sometime in the mid-1960s or early ‘70s. The story goes that he was trying to invent a sleeping pill and wound up instead with a substance he called a nootropic.

Magic Mushies may have the following benefits:

Even though the advent of modern-day nootropics only dates back 50 years, there is evidence of the use of plants being used to influence mood and cognition, dating back more than 10,000 years ago.

The use of mushrooms and other herbals might even date back further than that because of the age of some of the species, dating back 250 million years.

Magic Mushies will appeal to students who are cramming for exams or young, upwardly mobile professionals in high-powered jobs looking for the mental edge to boost creativity and productivity in a competitive environment.

Magic Mushies can be taken any time of day when you are in need of a pick-me-up. Simply mix 1 scoop with enough water to achieve your desired level of flavour in your Shaker and enjoy! 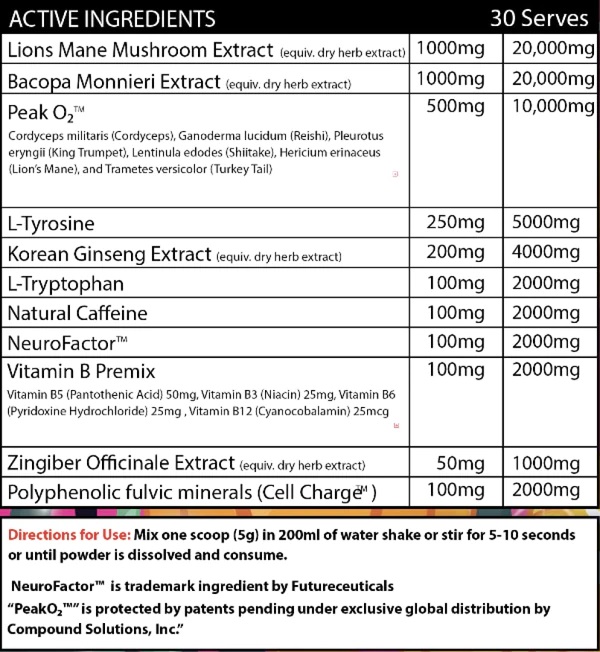