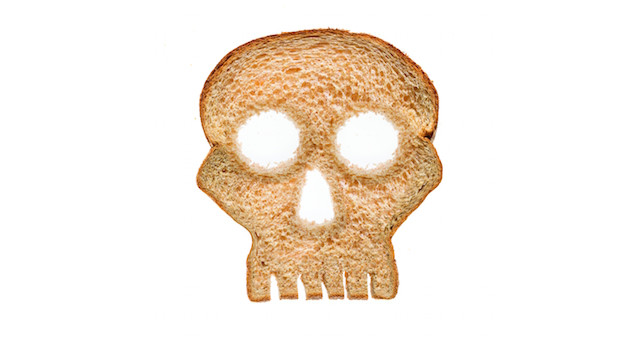 Gluten has become a hot topic of discussion of late, with many people likening it to the “big bad wolf”. People everywhere have been questioning the impact it has on our health and have started cutting it from their diets. But what is gluten and should we be eating it?

Gluten isn’t actually one thing, it is a family of proteins that are found in grains such as wheat, spelt, barley and rye, the most commonly consumed by far is wheat. The two main proteins that make up gluten are glutenin and gliadin.

Gluten is common in many foods; here is a list of the most common sources of gluten:

Wheat is also added to many processed foods so if you need to avoid gluten always check the labels.

Celiac and other gluten related diseases

For the majority of people consuming gluten is absolutely fine, although if you are celiac, have wheat allergies or if you are gluten intolerant then you can run into problems when eating it.

The most severe form of gluten intolerance is Celiac disease affecting only up to 1% of the population. Celiac is an autoimmune disorder where the immune system thinks that gluten is an invader so the body will attack it. As the immune system is attacking the gluten it also starts to attack the lining of the gut, this in turn damages the gut wall and may cause a number of diseases, nutrient deficiencies, and anaemia and digestive issues.

Celiac can be hard to diagnose and as many as 80% of people with the disease still don’t know that they have it. The common symptoms of celiac are anaemia, digestive issues, diarreah, constipation, tiredness, headaches, depression, foul smelling stools, skin rashes and weight loss.

Unless you have celiac or are gluten intolerant then there is no need to go gluten free, in fact if you remove gluten from your diet and then eat it again you may actually become gluten intolerant and start to experience symptoms like bloating, digestive issues, tiredness and more. Going gluten free when you don’t have a gluten intolerance can be very bad for your health as gluten free foods are quite nutrient deficient and his diet can cause more harm than good.

Firstly it can affect weight loss, while going gluten free and consuming other healthy alternative can help with weight loss it can backfire. Most gluten free manufactures add additional fats and sugars to make the product taste better, therefore adding more calories to one’s diet.

Starting a gluten free diet can also cause a number of nutrient deficiencies. Many whole grains are rich in vitamins and minerals, like vitamins B and D, iron and fibre and when we cut out gluten we also tend to cut out many of these vitamins. That being said it is possible to get your vitamins in if you need to cut out gluten as long as you understand the importance of nutrition and eat a wide range of non-gluten foods like meat, fruits, vegies and non-gluten grains.

For those out there that have gluten intolerance then a gluten free diet is extremely beneficial and can be easier than you think. There are many delicious foods out there that you will still be able to enjoy and with the knowledge of celiac there are many companies producing gluten free versions of our favourite foods. Cutting out gluten will stop your symptoms and give you much of your life back. Talk to your healthcare professional about what foods you should avoid and how to prevent nutrient deficiencies.

Going gluten free may not be as hard as you think; there are plenty of foods you can consume without worry.

Try to eat these naturally gluten free foods over manufactured gluten free products as these tend to be higher in fats and sugars.

Gluten is not as scary as we all seem to think, for a healthy person without gluten intolerance, gluten is an essential part of our diet. For those who have celiac or other gluten related diseases cutting out gluten from your diet will relieve you of your symptoms and help you to live a better life.